This tutorial has videos. If you are in a computer lab, make sure to have head phones.

Consider adding a strain rosette to the ANSYS bike crank model from the previous bike crank tutorial to predict the strain that would be measured by a rosette mounted on the crank model. The rosette is placed along the top edge on the front face of the crank, midway between the support hole and the loaded hole as shown below. 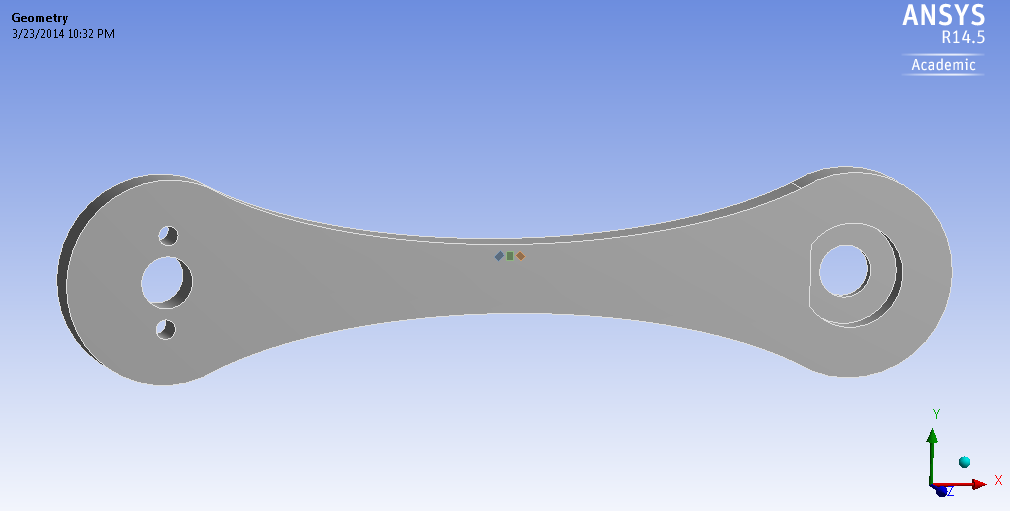 The location of the gauge centers with respect to a coordinate system centered at the front face of the support hole is as follows: 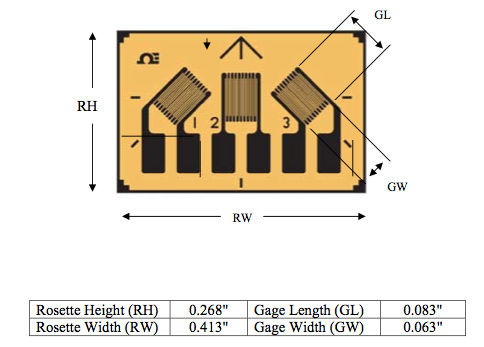 Determine the strain value that would be measured by each gauge on the rosette. Each gauge measures the extensional strain along its length (the longer dimension).