, keeping all other parameters the same. After changing the coefficient of viscosity rerun the solver for the mesh that was created in Step 3. 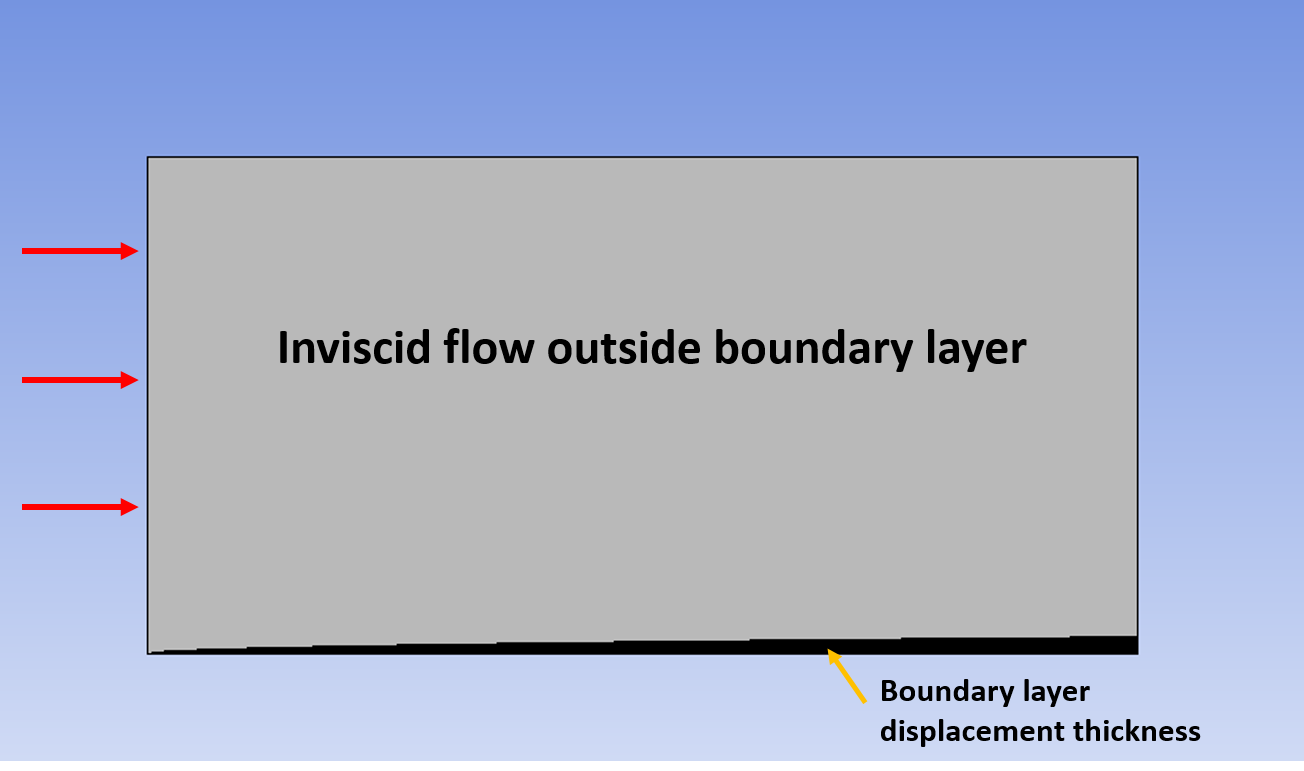 You will need to create a geometry file that can imported into DesignModeler. There are several ways to do this but one way to do so is to create the curve for the boundary layer displacement thickness in Excel and then connect the appropriate points together. Remember, DesignModeler takes in "zones" which will be your first column so that it can identify the edges in the geometry. The second column will be the points in those zones DesignModeler connects together. The third ,  fourth, and fifth columns are your x, y, z points respectively. Since this problem is 2D, the z column should be all 0. For a further explanation on how DesignModeler takes in this file, see here under the coordinates file explanation.

For example: if you wanted to make a square with a height and length of 1, your file would look like this:

Flow outside of the boundary layer is inviscid and you will need to change this in your Model Setup.

Once you have run the simulation, you should see something similar to the plot below: 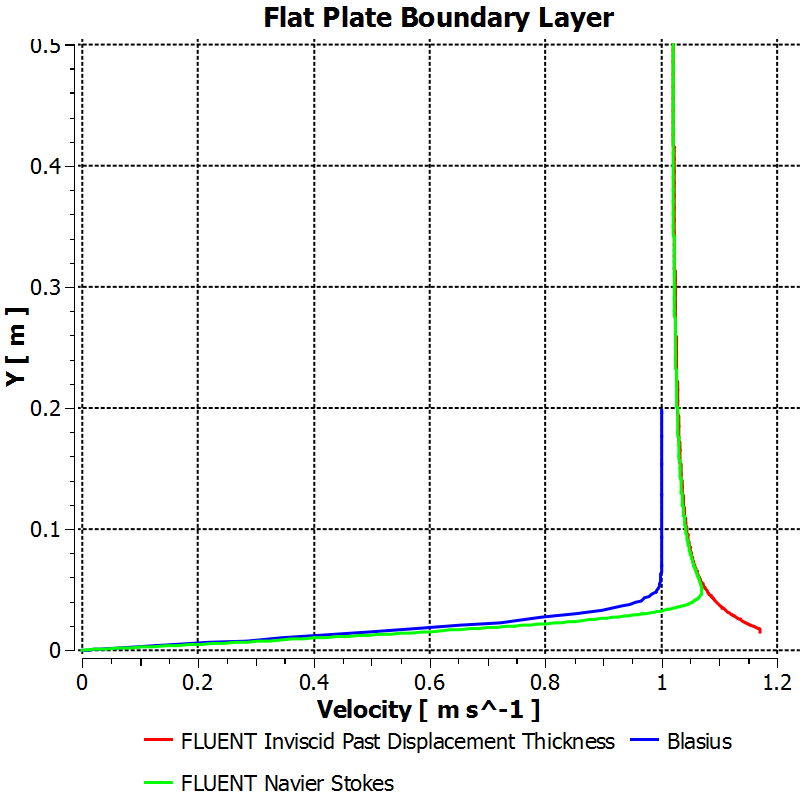